10 Sleep Hacks to add to your routine 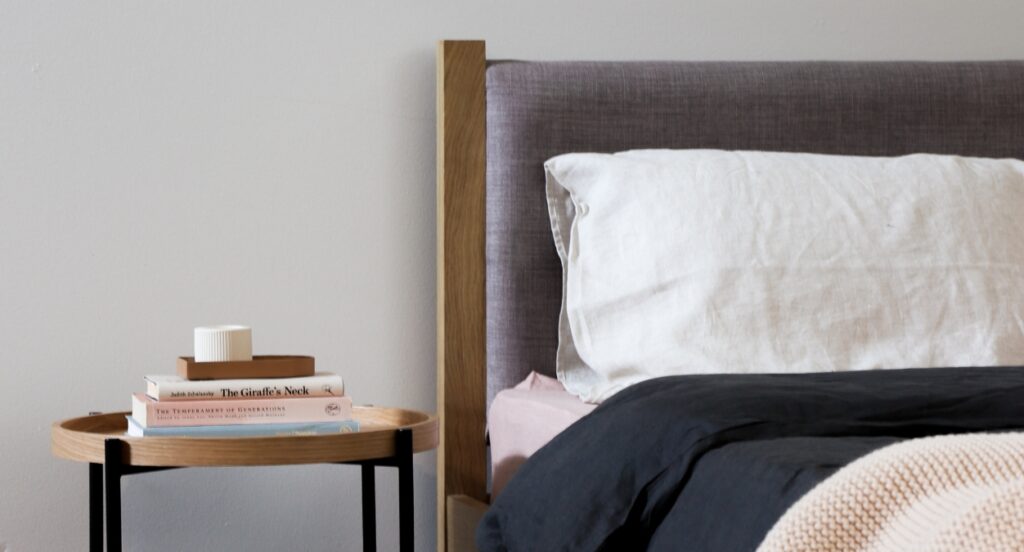 We spend a third of life in bed, yet for many, getting a good night’s sleep can be a real battle. There is hope though, and a few simple tweaks could make the difference between easing into a restful slumber or lying awake counting sheep. Read on for ten of our favourite sleep hacks and see how you can easily incorporate them into your routine.

1. Stick to a schedule
Many sleep experts will recommend going to bed and waking at similar times – even on the weekends. And there’s a good reason for it too: it helps regulate our inner body clock. Official advice from the NHS recommends working backwards from the time you need to be awake (so minus six to nine hours of sleep) to find the time you should be going to bed. It’s also tempting to try and ‘catch up’ on sleep on the weekends but this can actually be disruptive to a sleep routine if done too regularly.

2. Have a warm bath
Is there anything as relaxing as slipping into a nice, hot bath? As an added bonus, it can also help with sleep. Recent research published in the Sleep Medicine Reviews found that a soak in warm water an hour or two before bedtime was associated with improved sleep quality.

3. Limit caffeine intake
We all know how wired caffeine can make people, so it seems a sensible idea to limit the amount of caffeine you drink, especially if you’re having trouble sleeping. A 2013 study published in the Journal of Clinical Sleep Medicine found that even a moderate dose of caffeine (approximately four cups of coffee) had significant effects on sleep disturbance even if drunk six hours before bedtime. Did you know the half-life of caffeine is 5-6 hours?

4. Reduce screen time before bed
Whilst reading a book, listening to relaxing music or taking a hot bath before bed are all time-honoured ways in which to wind down, scrolling through our phones or watching TV before bed doesn’t cut it. Giving advice to the Guardian, Alanna Hare, a consultant in sleep disorders at Royal Brompton hospital suggested turning devices off between half an hour to one hour before bed: “partly because there is evidence to suggest the blue light they emit can switch off the natural sleep hormone melatonin, but also to take your mind off social media, the news or work.”

5. Keep the bedroom for sleeping
Far too often bedrooms become a space for multiple uses, but it’s recommended that it be only used for sleeping and sex. The Sleep Council advise a few simple steps to make it a nice, comfortable atmosphere: keep it tidy, a good temperature (16-18 degrees is ideal) and make sure it’s completely dark when you need to go to sleep – close the curtains or blinds and cover up the LED lights, they emit more than you realise.

6. Don’t go to bed hungry, or too full
It’s difficult to drift off when you’re feeling hungry, or too full for that matter. Whilst there are a number of studies that argue over the pros and cons of eating before bed, as a general rule it’s best to avoid any rich, spicy or fatty foods before you try and hit the hay as these can cause indigestion.

7. Write down your worries
Lying in bed with a million worries or to-dos whirring around your mind? A simple and effective way to try and ease the stress is to keep a pad and pen by the bed so you can easily jot down your thoughts. Sometimes it’s enough to help you relax and clear your mind.

8. Avoid alcohol
It might seem like you sleep better after a couple of glasses of wine or a few beers but it’s actually a bit of an illusion. Alcohol is a sedative, so although you will feel yourself drifting off, it causes a disruption to your sleep cycle as you bypass the first stage of sleep. Alcohol is also a diuretic meaning you may have to get up in the night to go to the toilet.

9. Exercise during the day
There’s something so satisfying about falling asleep when you’ve had a good workout and some fresh air, be it a long walk by the beach or running in a local park. Regular moderate exercise is recommended by the NHS as it can also help relieve tension, but they also warn against carrying out any vigorous exercise too close to bed as it can have the undesired effect of keeping you awake.

10. If you can’t sleep, get out of bed
As neuroscientist and sleep expert, Matthew Walker put it in an interview with the Financial Times: “You wouldn’t sit at a dinner table waiting to get hungry.” So he argues, it’s a mistake to lie in bed when you’re struggling to get off to sleep. Walker stresses the power of the brain’s ability to quickly build associations, meaning it would soon come to associate the bedroom with being awake. It’s best then in that case to get up, go into another room and read until you feel sleepy before coming back to bed.

For more tips and suggestions try this OutwitTrade post on How to Sleep Better.

Amy Sedghi is a freelance journalist based in London. Formerly of the Guardian, she has also had work published in the Observer, ES magazine, Grazia, Refinery29 and Healthy magazine. She’d dearly love to be a morning lark but is most definitely a night owl. 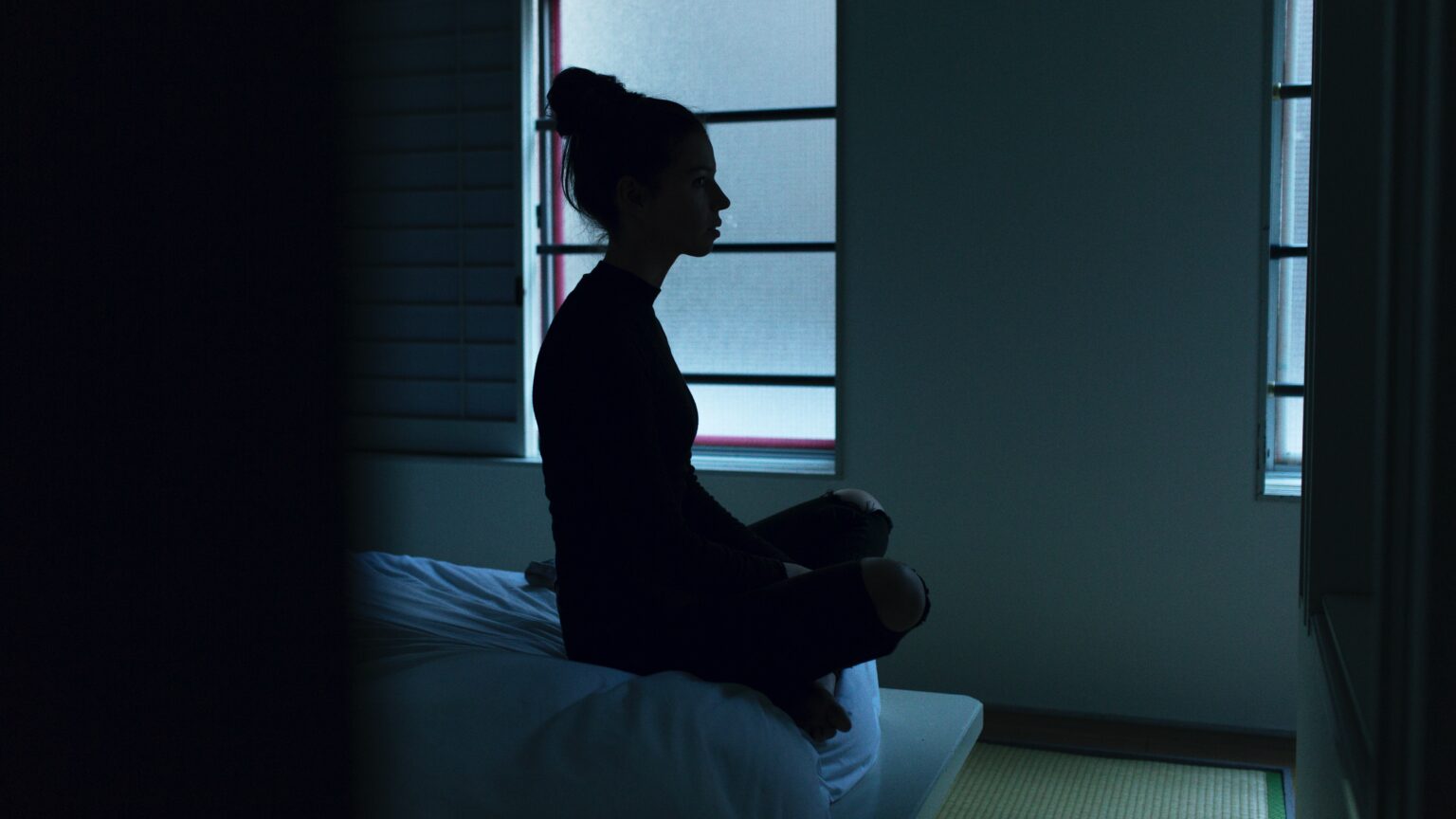 Craving a better night’s sleep is synonymous with modern life. Our daily routines often deprioritise getting 8 hours, then we invest time and money […]
Read more 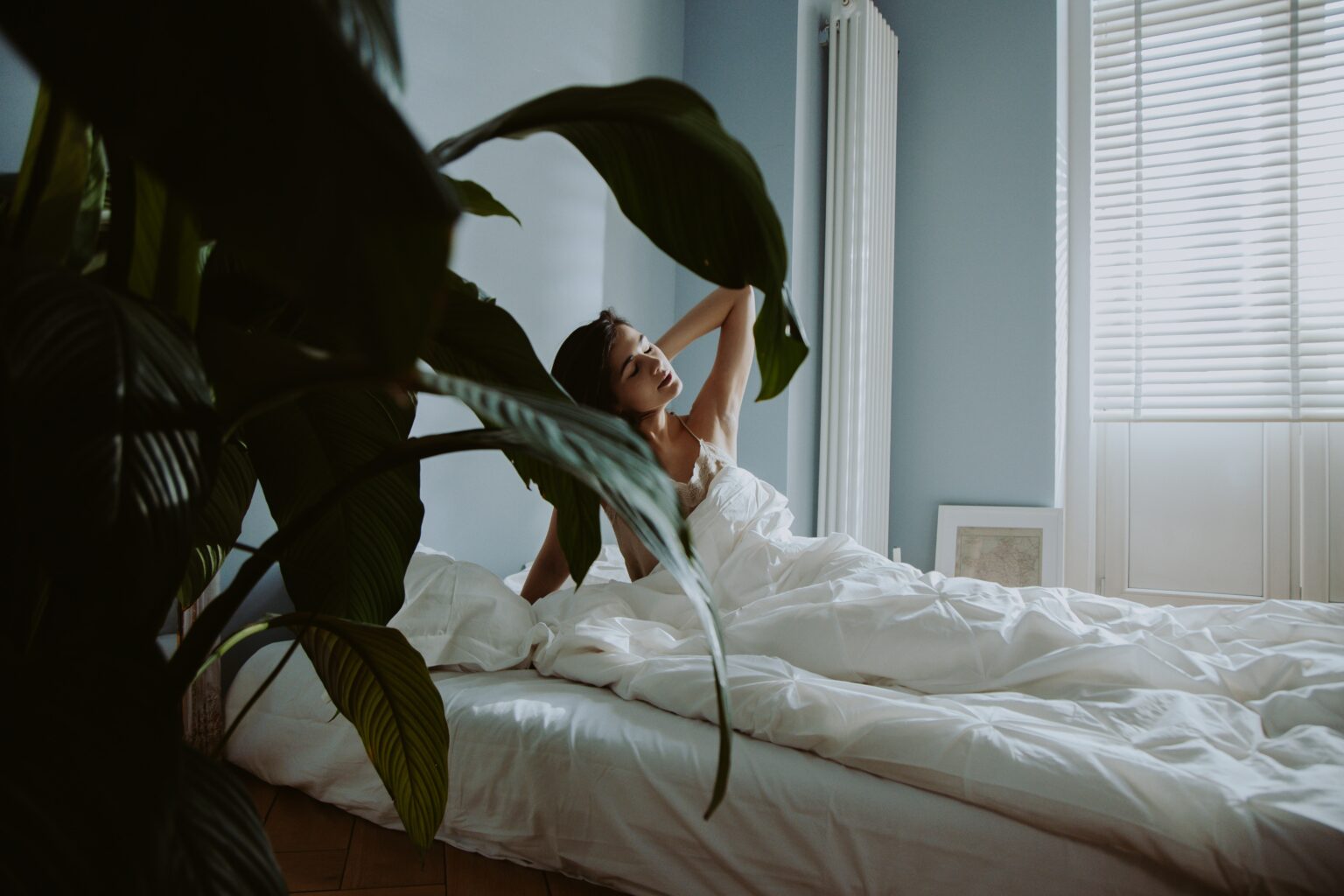 5 ways your body recovers while you sleep

We all know that we need to get a good night’s sleep in order to feel refreshed and rejuvenated the next day, but what […]
Read more 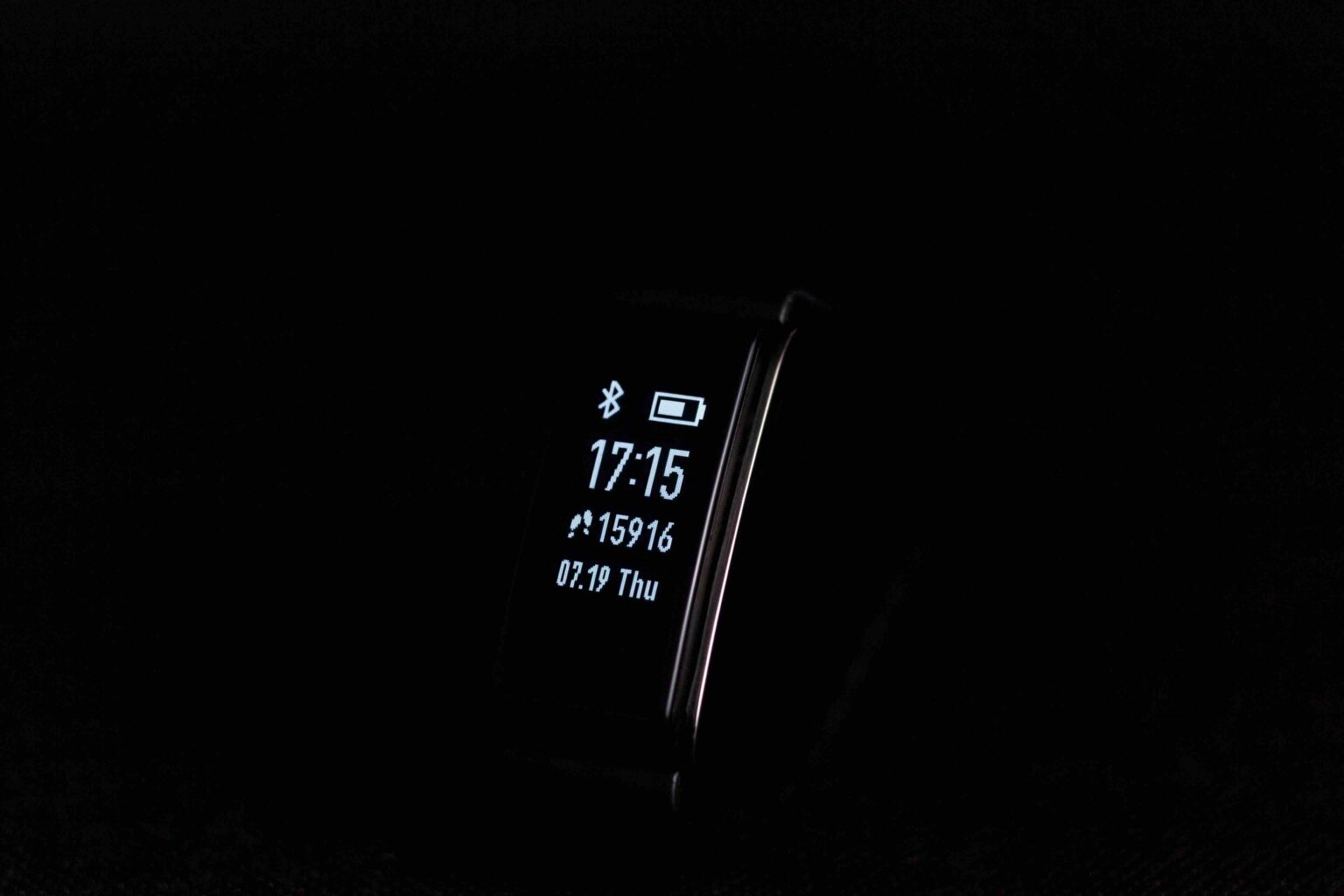 Sleep cycle trackers 2022: how they help with circadian fitness & our pick of the best

Whatever your age or occupation, the right amount of good quality sleep brings both physical and mental health benefits. And it’s better for our […]
Read more

This website uses cookies to improve your experience while you navigate through the website. Out of these cookies, the cookies that are categorized as necessary are stored on your browser as they are essential for the working of basic functionalities of the website. We also use third-party cookies that help us analyze and understand how you use this website. These cookies will be stored in your browser only with your consent. You also have the option to opt-out of these cookies. But opting out of some of these cookies may have an effect on your browsing experience.
Necessary Always Enabled
Necessary cookies are absolutely essential for the website to function properly. This category only includes cookies that ensures basic functionalities and security features of the website. These cookies do not store any personal information.
Non-necessary
Any cookies that may not be particularly necessary for the website to function and is used specifically to collect user personal data via analytics, ads, other embedded contents are termed as non-necessary cookies. It is mandatory to procure user consent prior to running these cookies on your website.
SAVE & ACCEPT
Mattress
Bedding
Accessories
Mission

Our ultimate sheet. Cooler than cotton, softer than silk. Reduces microbes by 99.97%.

Crafted from eucalyptus silk, our sheets are a revelation in sleep comfort. 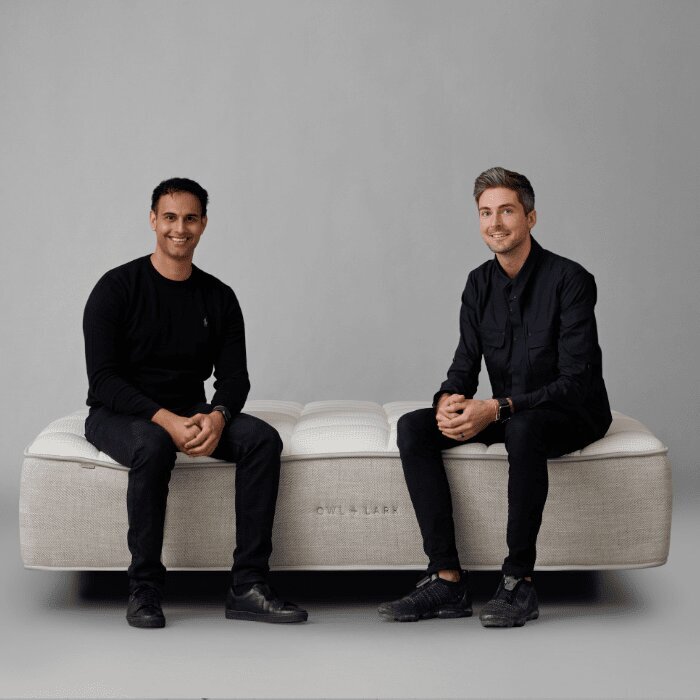 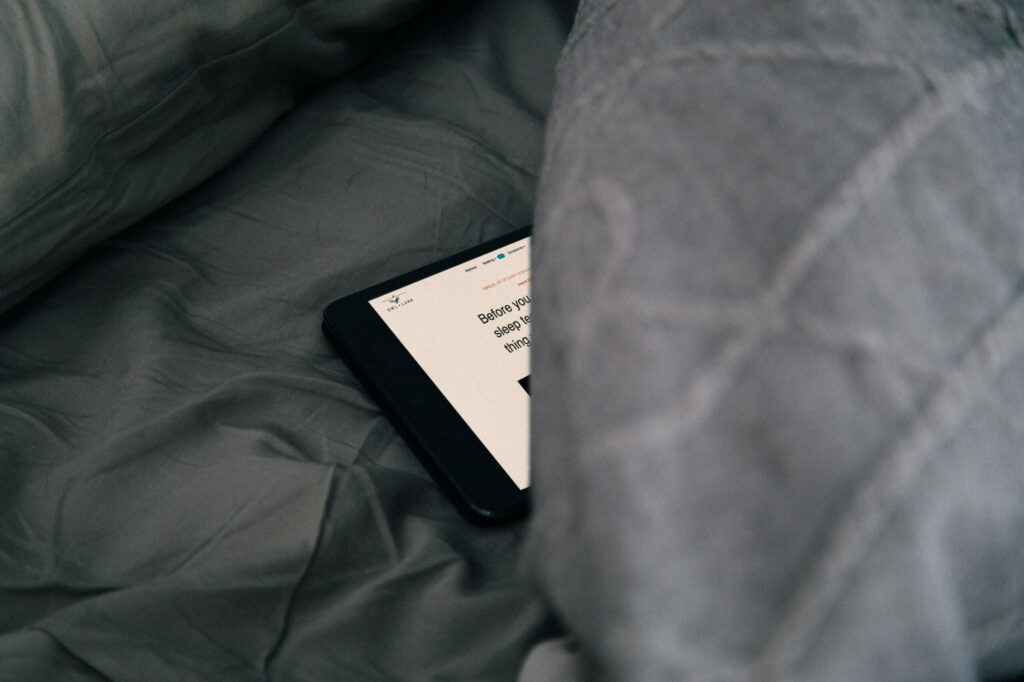 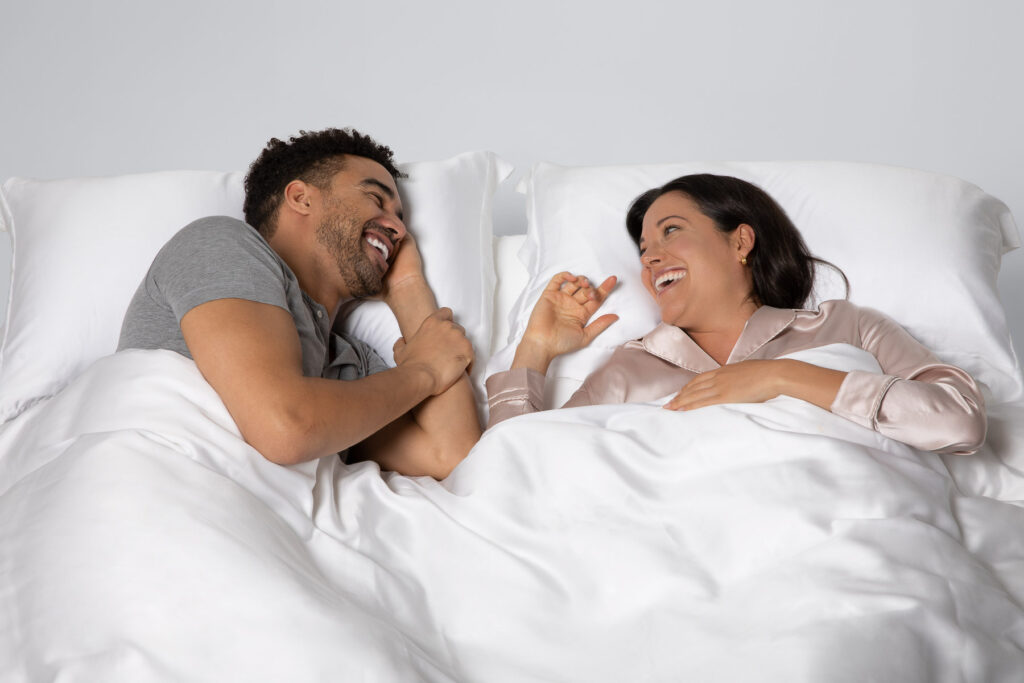